Interesting and fun lessons we learned by destroying tablets

By Adam Williams on April 4, 2012 in In-Flight Entertainment 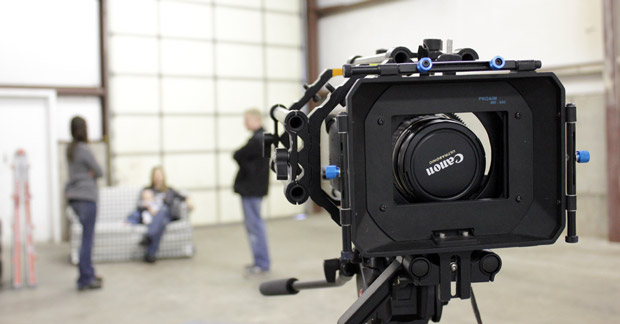 Recently, I had the great pleasure of destroying several digEplayer L7s, Apple iPads and Samsung Tabs. The objective was to determine just how well these devices can take wear and tear. Admittedly, some of my tests are rather brutal and maybe not completely realistic.

However, we learned several interesting things through the tests that aren’t evident in the video.

Samsung’s glass is better than Apple’s

The Samsung Tab was a bit easier to break. For example, we had to drop the iPad 2 directly on its face to break the glass. Yet, the Samsung Tab’s glass broke while landing on its back.

So why am I saying that Samsung is better?

The difference lies in what happens once the glass breaks. The glass on the iPad came apart into dangerous shards of glass when it broke. Samsung, on the other hand, uses gorilla glass that stayed together in one piece no matter what I did to it. I even shot it with a 12 gauge shotgun and the glass stayed together despite shattering (shown above). So a big thumbs up to Samsung.

As a side note, the glass on the digEplayer L7 never broke.

The iPad can stop a bullet

In an amazing feat, the iPad stopped a bullet!

Using a 40 caliber handgun, I shot the iPad 2 three times. The first time, the bullet became lodged in the back casing. The second and third bullets tore through the casing.

So if you are ever under fire and have your iPad handy, hold it up. You have a one in three chance of saving your own life.

Amazingly, the digEplayer L7 continued to work after being shot straight through with an AR15.

I had expected the digEplayer’s case to protect it from damage. What surprised me, though, was how it protected the player. The slick cases used by the iPad and Samsung meant that each time we hit them with something, such as a galley cart, the devices would fly off the table. The L7, on the other hand, barely moved. Even when we hit running at a fast pace, the L7 would only move a foot or two.

So the friction that the digEplayer case causes against other surfaces protects it from traveling and being damaged.

Watch the full video and see all of the destruction

← Behind the Scenes: The making of an IFE print advert
The 5 most popular IFE questions from airlines →