Will embedded IFE systems still be here in 5 years?

By Adam Williams on November 21, 2011 in Connectivity, Embedded, In-Flight Entertainment 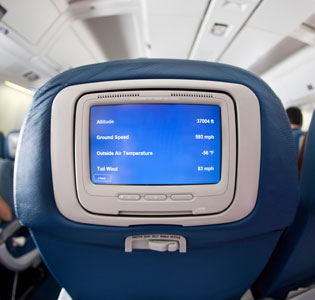 Brett Snyder, of CrankyFlier fame, asked whether or not embedded systems will still be here in 5 years at the recent APEX Technical Committee meeting in Burbank, California. In my opinion, embedded systems will absolutely be here for the next five years. But others, such as MondoWindow, say otherwise. Let me give a couple of reasons why I think that they aren’t going away in the short term.

If I’m an airline that has spent millions of dollars on installing and maintaining an embedded in-flight entertainment system, then I’m not going to tear it out any time soon unless the business case for another solution is extremely compelling. To put this in perspective, ACAS reports that there are 6,456 commercial aircraft flying today with an embedded system. That’s a lot of systems to be replaced or turned off in the next five years.

Existing contracts that have yet to be fulfilled

How many contracts have been signed in the last six months? Or are currently out for bid? Those contracts won’t be fulfilled for another 12-24 months. Which means that airlines will be installing and using embedded systems for at least five years. And why not? When you consider the rise and value of seat centric systems, then why not install them? They offer lower cost, lower weight, higher reliability, lots of features, speed, etc. Wireless does not offer the same experience as seat back systems. In fact, Sam Carswell from The IMS Company remarked, “We will never, never, never offer the same Internet speed in the aircraft that we offer at home.” Systems like Lumexis’ fiber optics solution offer incredible speed and bandwidth.

We are about to release our 2011 Passenger Survey Results, in which we asked about what type of system users want. Although there has been a sharp rise in the desire to use personal, handheld devices, the results still showed a strong preference for seat back systems (45% preferred one to be exact).

Having now made the argument that embedded systems will be hanging out for the next five years, I want to make clear that I’m not guaranteeing their survival past that. The door is much wider at that point and seat back systems may just go the way of the dinosaur. Though more likely, they will just evolve into something better.

The other side of the argument

As many of you may have heard or read, Greg Dicum of MondoWindow took a hard stance to the contrary several months ago. Through some offline correspondence, Tyler Sterkel, one of MondoWindow’s co-founders, sent me the following remarks:

Let’s review what Greg said on the record at APEX (from the MSNBC article you linked to), which continues to be so controversial - ”I see no seatback systems on new planes in five years. Especially not on planes flying heavily traveled routes less than five hours in North America, Europe and Asia.”

We’re not saying that all existing embedded systems are going to be ripped out by the roots (although there is precedent for that), nor are we saying that existing orders will be canceled. We’re saying that new orders for embedded systems on new planes are going to cease for short- and medium-haul aircraft in 5 years. How does our prediction differ from yours or Brett’s? We’re presenting a bit more detail, and perhaps a more rigid time-frame for the industry shift to occur. But in the end, we all agree about the future of IFEC; we’re just bickering about the time-frame — and even then, we agree more than we disagree! (We’ve already had this conversation with Brett, by the way.)

This has been our experience since making our so-called outrageous predictions of widespread industry disruption at APEX. We are immediately challenged by members of the IFE establishment, who often question our credentials as new-comers to the industry. Within one minute, however, the conversation shifts to a much more subtle disagreement about “when”, not “if” the predicted disruption is going to occur.

We readily admit we don’t know everything there is to know about IFEC, but we are absolutely certain that the IFEC industry has *a lot* to learn about the consumer web. We’re a harbinger of things to come as the web finally infiltrates the cabin, and we’re here to help.”

The final thought from Cranky himself

I spoke with Brett after the technical committee and here is what he had to say:

My view is that while I can’t imagine embedded IFE going anywhere in the next 5 years, it’s far less certain in the long run. It also depends upon how we define embedded IFE. Virgin America is installing what is technically embedded IFE but with wireless delivery, so it’s a different animal. Any issues regarding bandwidth and reliability with wifi will eventually be resolved. That’s just a matter of time. So what will keep airlines using embedded IFE? Of course, there is the issue of early window content. There is currently no way to get that on user devices, but a solution will be created one of these days . . . if people want to create a solution. Then there is the 10,000 foot problem. Unless it’s embedded, there’s no way to provide gate to gate IFE. I’m not sure how important that is, but it’s something to consider.

Ultimately, I’m baffled by people who just assume that embedded IFE will exist far beyond 5 years. I think the timeline is probably much further out than that, but anything beyond 5 years seems far less certain to me.”

Join the intense debate on LinkedIn over the future of embedded systems.